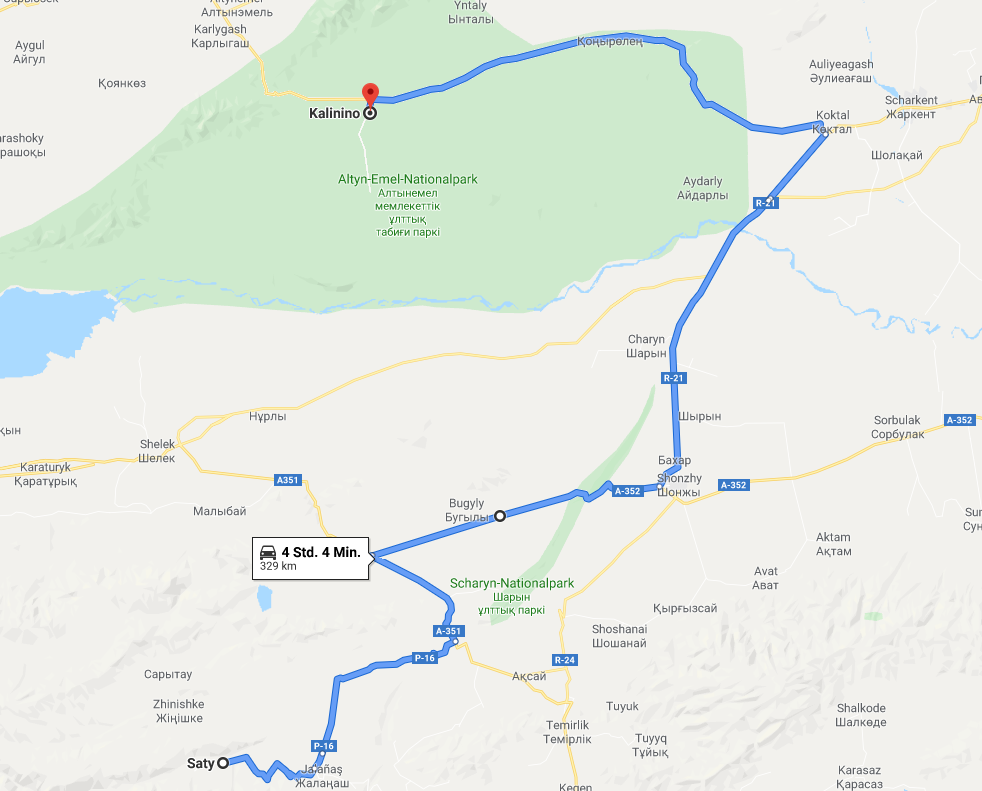 The great day for Fabi’s wishes to come true had finally come. We woke up pretty early, ate the breakfast provided by our hosts and packed our luggage. Before heading for the national park, we returned to the guesthouse where the owner had directed us to our actual accomodation. The lady was there and Fabi inquired about the possibility to rent horses. Upon hearing the question she bent her brows but after thinking about our request for a second, she walked to a neighboring house. After some minutes, she came back out again together with a man who was leading a horse by the ribbons. Oh, okay, that wasn’t that hard. The only problem was: We wanted two horses instead of one. Luckily, a second neighbor could be found who also offered his horse for rent. Pricing discussion was … interesting. The first offer for only one horse was laughably expensive but after haggeling we brought the price for two horses down to a reasonable one.

Now we had the horses, but Chris faced a second struggle: He had never ridden a horse before. But with some rough instructions provided by Fabi it somehow “worked” and occasionally, the horse was doing what he wanted. Luckily, it preferred not to be alone so it followed the horse Fabi was riding most of the time. Right next to the village lay a wide pasture where we took the horses for a spin. As can be seen on the pictures, Fabi enjoyed this trip a little more than Chris who decided that from now on he would stick to his 50hp instead of 1hp. Besides riding up and down the green, there wasn’t really that much to do, but Fabi didn’t seem to care and had fun.

When our rental period was over, we returned to the village and put on our bike gear again. To reach the national park, we at first passed by the Charyn Canyon again. From there on, we headed further to the north on long and straight roads through the seemingly endless steppe which were in a pretty good condition most of the time. In a bigger-ish city, which lay along the road, we stopped for Kebab lunch and Chris added the ATM where he got cash to Openstreetmaps.

After our break we headed for an entry to the national park which we had found on the map. We arrived there and met two Poles who were just taking a break from cycling by having lunch at a small booth next to the road. Like us they were looking for an entrance to the national park. We found an official of the national park who informed us that the place where we were was not the correct one to enter the park and to visit the popular sites. Instead, we were only at a “side entrance”. The main entrance lay further to the north.

Having arrived at the entrance, we found that there wasn’t really a sign “ENTER HERE”. Instead, a small village lay next to the road and beyond the village, the national park just started. The trick now was to enter the village in order to buy the permits required to be allowed to enter the park. Thanks to a marker on iOverlander, we located the national park office which is the only new building in this village. The office contains a small museum on the history of the park. Again, understanding russian or kazhak would have certainly been helpful but the pictures were nice nevertheless. After locating the permit office, we purchased permits valid until next day and were informed about the sites where camping is allowed. When we returned to our bikes, the man who had sold us the tickets came after us to give Chris his documents – he had forgotten them in the office! That was lucky and could have ended a lot worse.

With our permits in hand we entered the park and took the road to one of the “Ranger Outposts” where camping is allowed. Each of the outposts has a barrier which is opened by the ranger manning the outpost. When we arrived at the post we had selected, the ranger showed us the place where we were allowed to camp as well as the water fountain nearby. We put up our tent, went for a quick wash at the fountain and cooked dinner. As we were eating, the sun was slowly disappearing behind the mountains in the distance shining a warm light on the perfectly flat landscape. Occasionally you could see a rabbit or some other small animal standing up and checking its surroundings. But besides that, there was absolutely nothing happening and we just sat on a bench. At least until the mosquitos put an end to that.